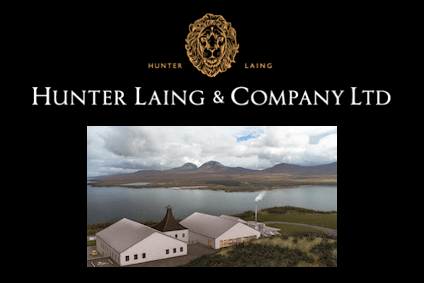 Hunter Laing is a family-owned and run blender and bottler of Scotch whisky, based in Glasgow. The company was formed in 2013 when Stuart Laing decided to set up a new company after previously working with his brother Fred at Douglas Laing. The portfolio is based around three main sub-brands which Stuart brought with him from the previous business.

The Old Malt Cask series are single cask releases from the company’s stocks of single malt whisky, selected at tastings held each month to ensure that whiskies are captured in bottle at the optimum moment. They are usually bottled at 50 percent abv (100 proof) without chill-filtration. Old & Rare casks are, as the name suggests, particularly rare examples which required an extended period to hit their peak. The Sovereign is a collection of single grain whiskeys, aged for at least 20 years and often much longer.

The company is constructing Ardnahoe distillery on the northeast coast of Islay, which is due to open during 2018. Jim McEwan, legendary former master distiller at Bruichladdich, has been tempted out of retirement to assist in the design of the new facility.